Multistreaming: Everything You Need to Know

Online streaming has hands-down swept the board in growing in adoption, racking up revenue, and developing technologies that make the live stream experience seamless. Brands of all sizes in a whole variety of industries are quickly riding this profitable wave and so should you! Get your brand up-to-date on the latest craze in the world of live streaming and multicasting. Have all the features you’ll need to expertly execute a stream without breaking a sweat, plus tools that can help you with your e-commerce business.

Read on as we give you the low-down on what multistreaming is, how it came to be, which platforms you can do it on, and everything else that you need to know to get you started. Let’s dive into it!

What is Restreaming or Simulcasting?

Simulcasting is a portmanteau of simultaneous and broadcasting and is the practice of streaming to more than one platform with a live or pre-recorded video. Through restreaming, live streamers reach more audiences as they make a single live stream available across social networks, including Facebook, LinkedIn, Vimeo, YouTube, Twitch, and Twitter.

Since its inception in the radio broadcasting industry as a means to broadcast radio shows simultaneously on various stations, simulcasting has come a long way. Today, there’s no shortage of things you can do when you livestream to multiple platforms—from meet-and-greets to webinars and other virtual events. Marketers and business owners are also going live on multiple platforms to interact with and sell their products to online shoppers. 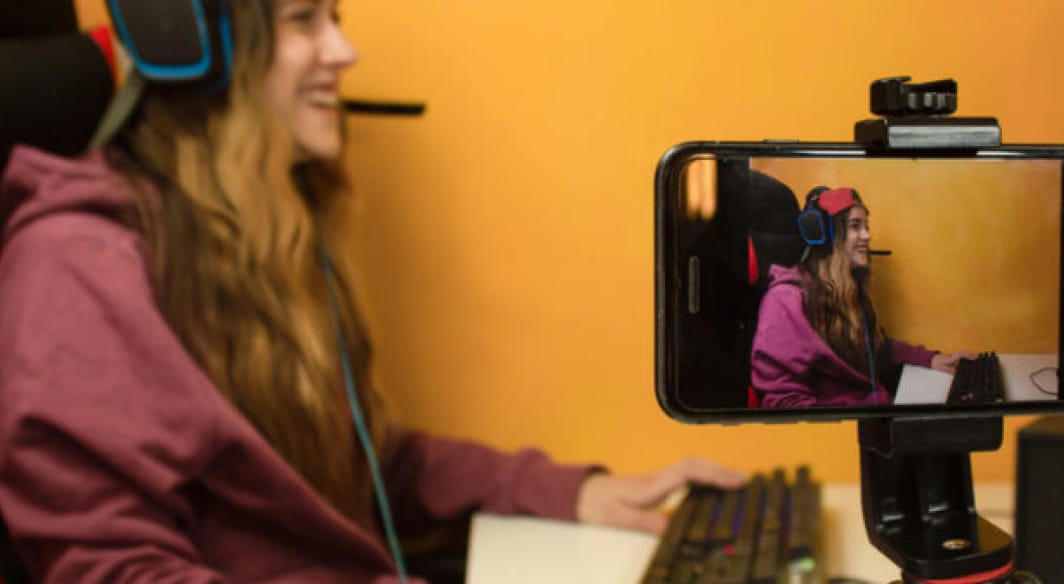 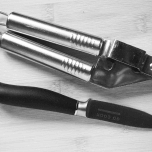 Bob Circosta was left with a pile of can openers after a financial disagreement with an advertiser. To cut his losses, he sold the can openers via live broadcast on his radio show for $9.95 each. He sold everything out and unwittingly started live selling. 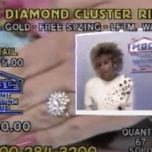 In 1982, HSN or Home Shopping Network started a direct-to-consumer style show on late-night television. It featured enthusiastic hosts giving the viewers a complete rundown of features and promotions about an item up for sale. Banking on impulse purchases using credit cards, at-home shopping quickly grew into an empire lasting for generations. 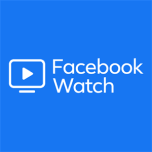 Through the advent and rise of the internet throughout the ‘90s and 2000s, brands launched their respective websites with the capacity to process online purchases. This was also the era when tech giants launched—including the likes of Google and Facebook—which would eventually pave the way to live streaming. 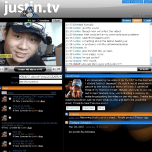 As mobile phones became smarter and screens and video resolution got better, video consumption largely shifted from computer screens to mobile displays. By this time, live streaming has become a phenomenon that couldn’t be ignored, with Twitch TV pioneering the live stream industry. 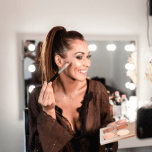 It’s undeniable that the COVID-19 pandemic drastically changed consumer market behavior. Not only did online sales go through the roof and give e-commerce a sharp profit incline, but it also gave new life and a better avenue for the world of gaming, music, entertainment, arts, and more.

These days, streaming on one channel just wouldn’t cut it. Many online personalities, sellers, online presenters, and anybody that gets in front of a camera to stream have put this into consideration and begun streaming to multiple platforms for several solid reasons as we’ve listed below.

Multiple platform streaming is more amplifiable. It’s easier to encourage the market to re-watch (or ask those who haven’t to watch initially) streams that have been auto-archived.

With a wider audience reach and 100% focus on your product, it’s logical to conclude you have a higher chance of converting viewers to paying customers.

Using multiple streaming software entails technical know-how, but once you get your hands on an app or software to stream on multiple platforms, you’ll only need to add your social media credentials to push out your stream across all of them. Actual streaming on multiple platforms at once is relatively easy that you can focus on your product and gimmicks to make your live stream more engaging.

Actual streaming on multiple platforms at once is relatively easy that you can focus on your product and gimmicks to make your live stream more engaging.

The growth rate of the online streaming industry in just one year from April 2019 to April 2020.

The estimated number of people who watched or downloaded streams on different devices in 2020.

By 2022, a quarter of households in the United States is expected to cancel cable subscriptions. Best guess where they’re going? Watching streams.

The percentage of people expecting more video from brands.

Amount of time viewers will tolerate a bad stream.

The amount of money the video streaming market is projected to be worth by 2028.

The Most Popular Streaming Sites

There are several streaming sites out there on the world wide web, each with its unique features and audience. Of course, you can also be seen on all of them and get more traction but first let’s get to know the big players in the streaming market.

Here are some of the most popular streaming sites you would want to be seen on.

Twitch has come a long way from being solely dedicated to streaming game-related content to averaging 2.9 million viewers in February 2021. 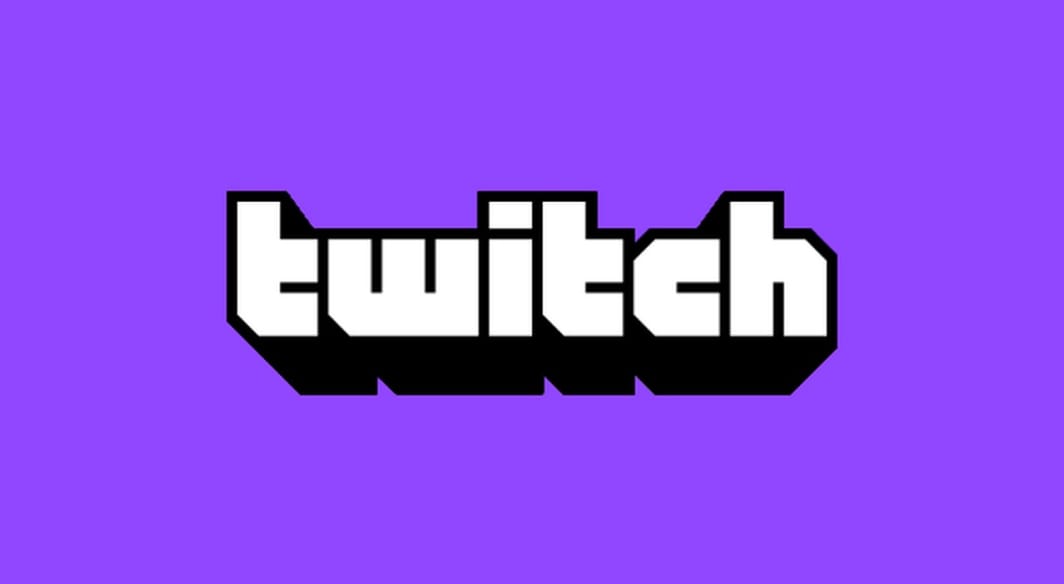 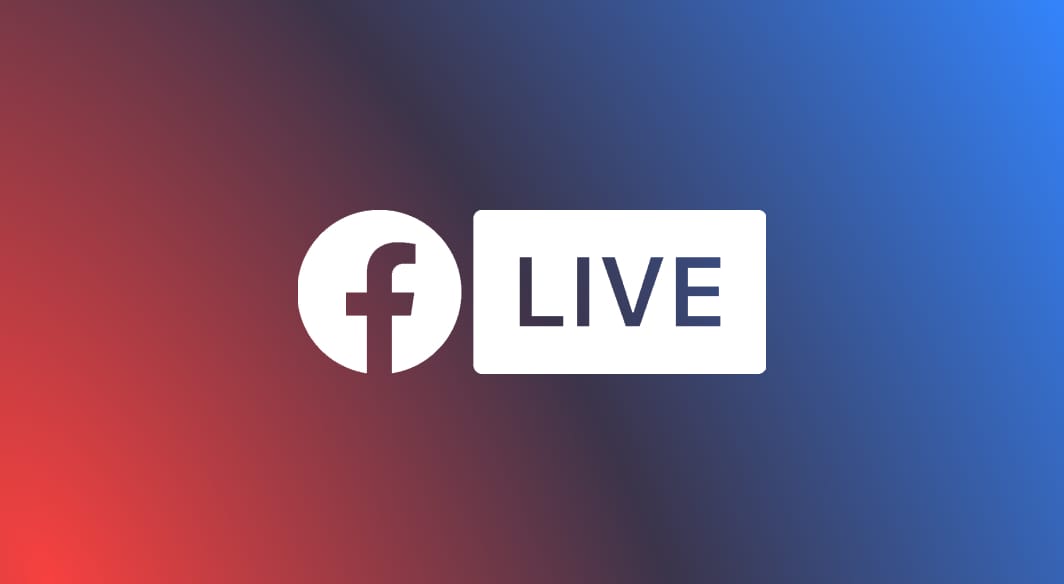 An indispensable social network that’s more than a decade old and still growing with active users number reaching the billions should prompt you to take advantage of the site’s live stream option.

Also one of the big players in the streaming industry, Instagram Live recently launched Live Rooms, a feature where you can go live with up to three other people allowing for a more engaging, collaborative, and wide live stream reach. 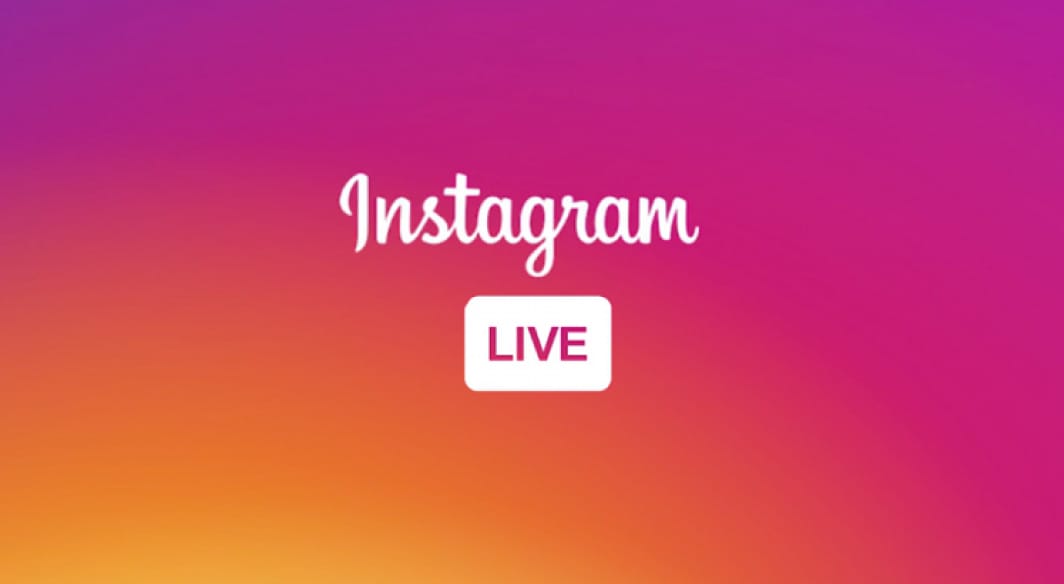 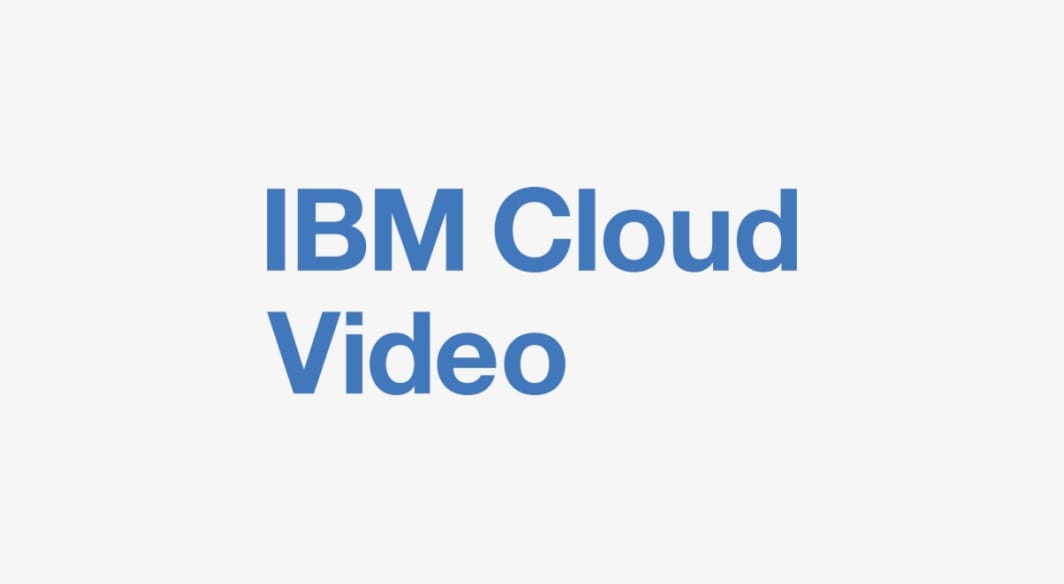 Formerly known as Ustream, IBM Cloud Video hosts live stream broadcasts as well as video on demand (VOD) or recorded videos from previous streams. It has built-in support for Pro and Enterprise users and has forum-based community support for free accounts.

It isn’t just limited to 140 characters anymore. It now also supports live streams for its users. Twitter has unique audio-only broadcasts, and you can also invite guests to your live stream. 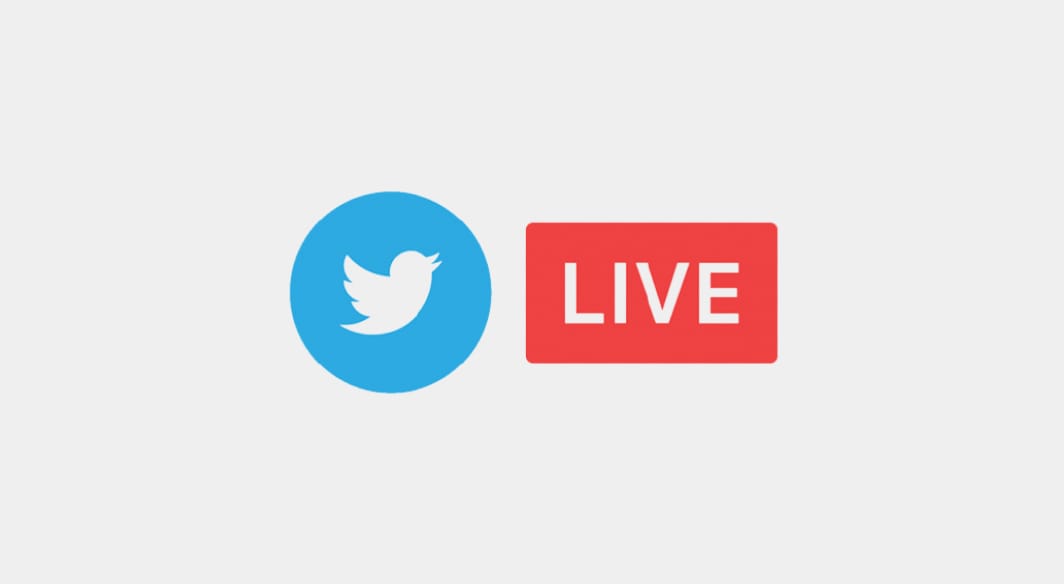 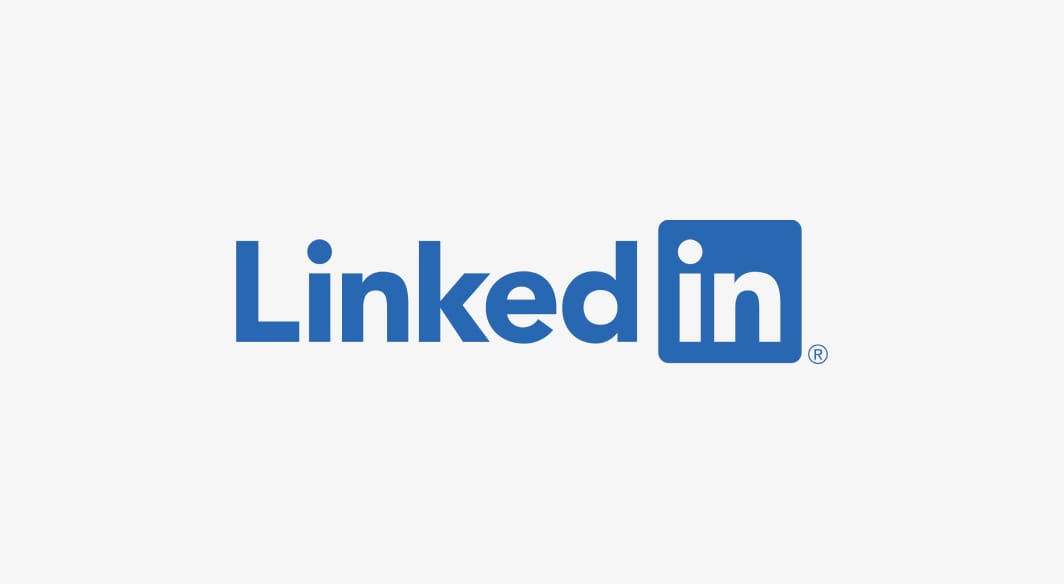 The latest platform to join the live streaming bandwagon is LinkedIn Live. Best to be on this site, especially if your company offers products and services aimed at professionals, business owners, and B2B organizations.

One of the pioneers in the live streaming scene and among the most popular video-sharing platforms, YouTube Live free to use for any user or creator with a verified account and can stream at 40k quality at 60fps with low-latency features. You can even live one stream to several YouTube channels using different stream keys. 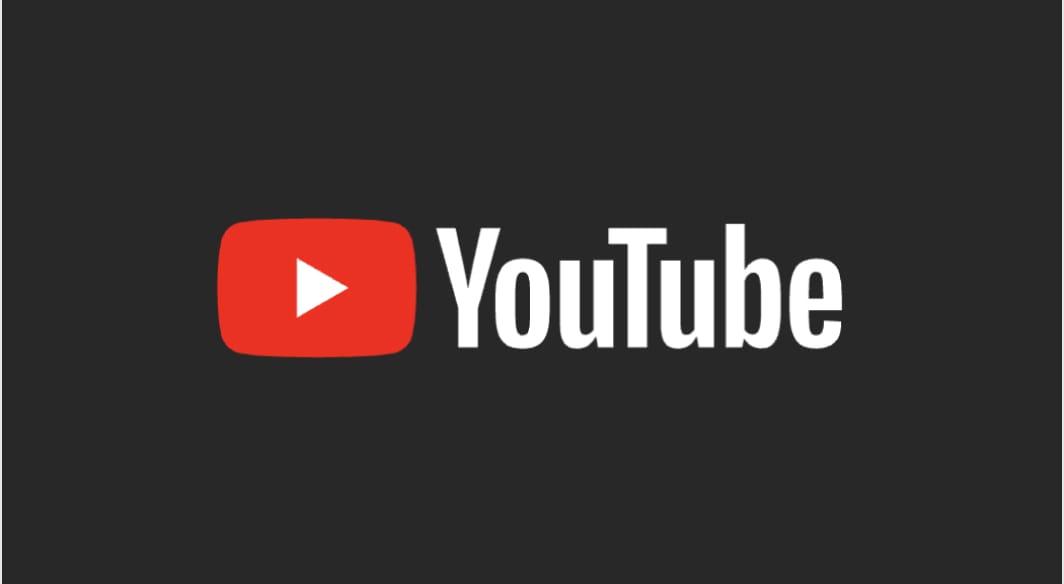 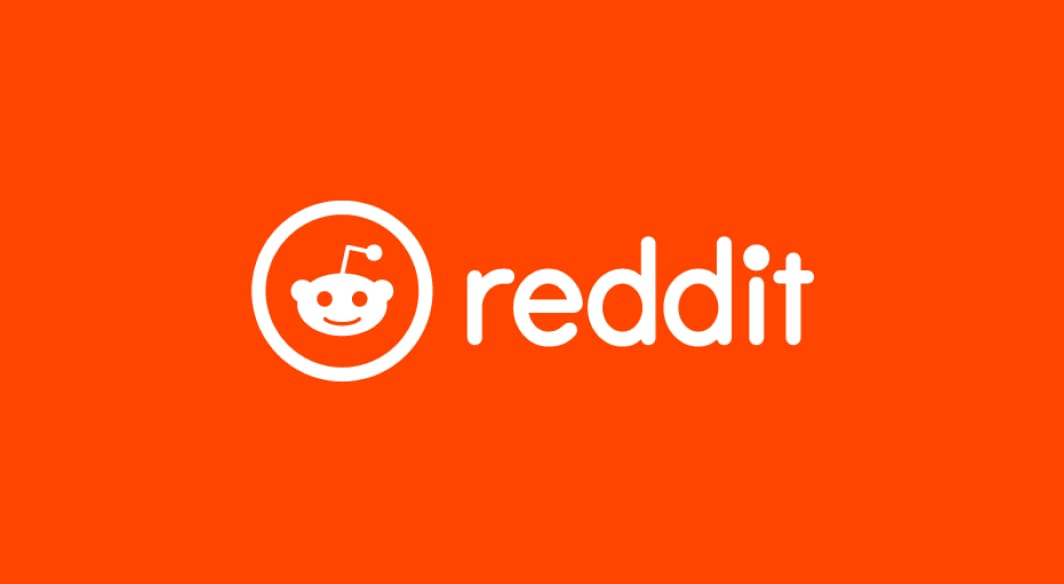 Even the popular Reddit community, which is known mostly as a discussion site, now supports live streaming!

Many brands recognize that going live on air is the best way to create connections with their target audience. Being live on-screen connotes a sense of credence and authenticity that a chunk of the market values a lot. Streaming to multiple platforms positions your brand as a notable player in your industry, with forward-thinking solutions and approaches toward the shopping behavior of digital consumers.

Brands that understand this—big or small—have also utilized live streaming to their advantage in connecting with their target market, getting their products out there, and ultimately, selling them. There’s no better way to satisfy customers than by giving them the freedom to choose how or where to find products online.

A multi platform live streaming strategy has likewise enabled brands to use it as means to do Q&A, special announcements, and interviews that bring them closer to their audience. 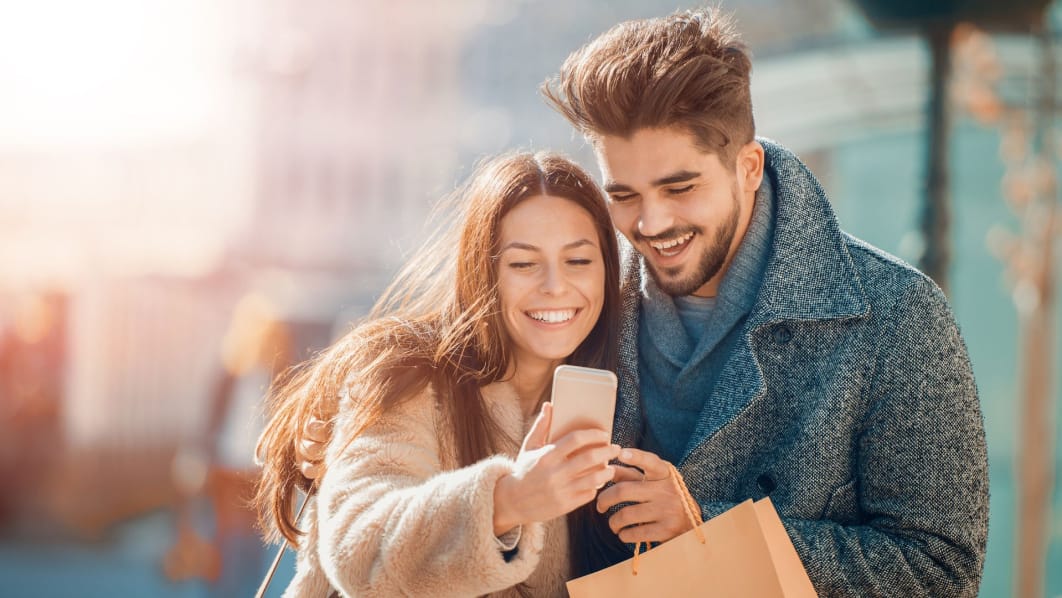 How to Livestream to Multiple Platforms

Streaming to multiple platforms is fairly easy as long as you have the basic tools needed in multiple live streaming. Here are the tools you need to upload and simulcast your live streams to multiple destinations:

A share code is akin to a URL link that you post on your social media page. Once your followers click on the link, you’ll be able to direct viewers to your video content. You can get a social sharing code as an account holder of a multi platform streaming service. 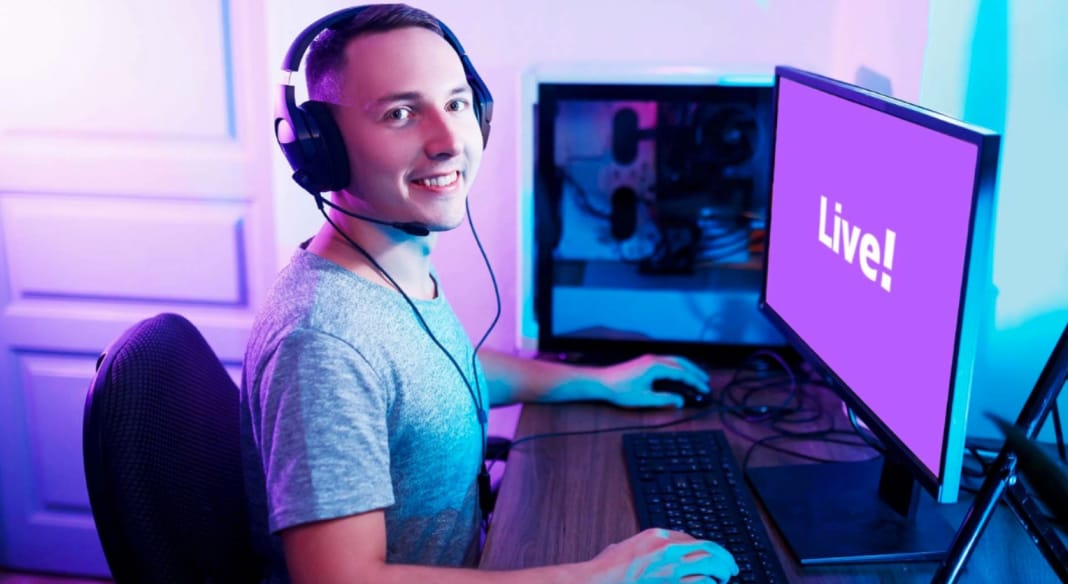 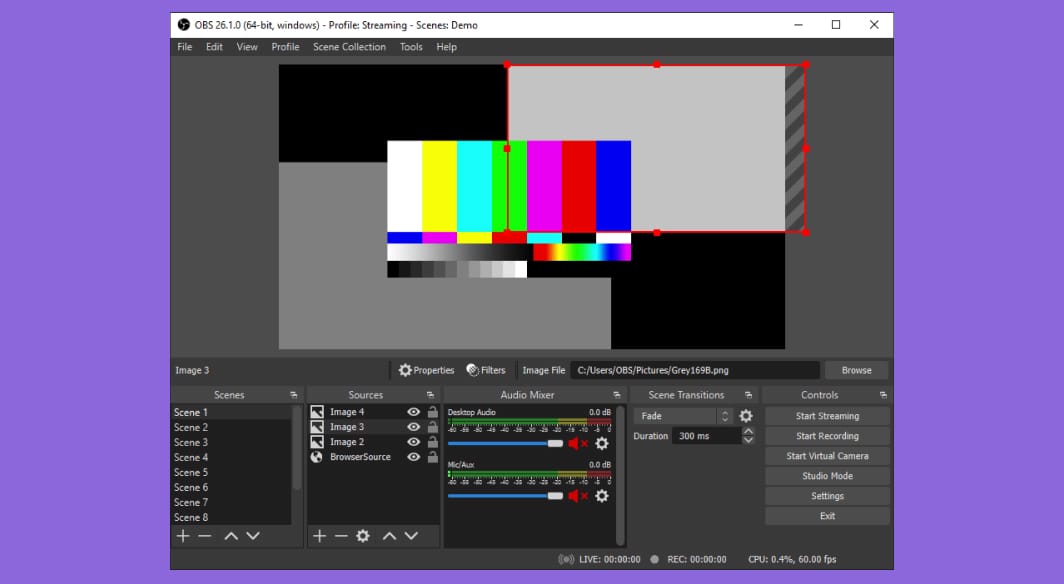 You can also use special software to stream to multiple platforms. The streaming software uses encoding settings from social media or content distribution networks (CDNs), which you then copy and paste into the streaming software. It will then transmit real-time messaging protocol (RTMP) to media servers, allowing you to launch your live streams to your target destinations.

Streaming hardware is similar to streaming software in that it needs to encode the RTMP and stream key values to broadcast your video to multiple platforms. The difference lies in the number of equipment to use: streaming software requires separate pieces of equipment to accommodate each stream, whereas streaming hardware can configure multiple encoding settings across the board on its own. 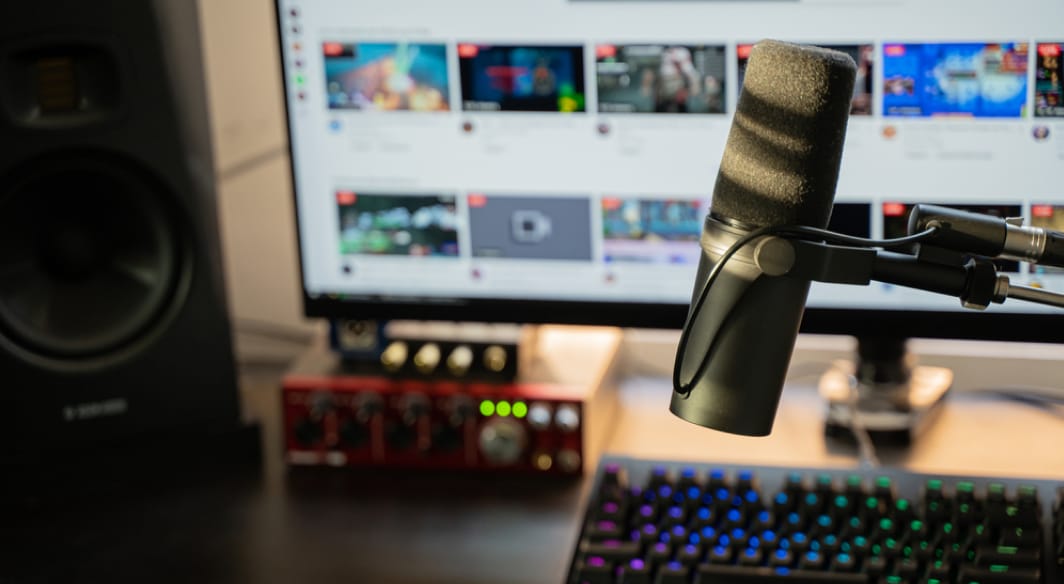 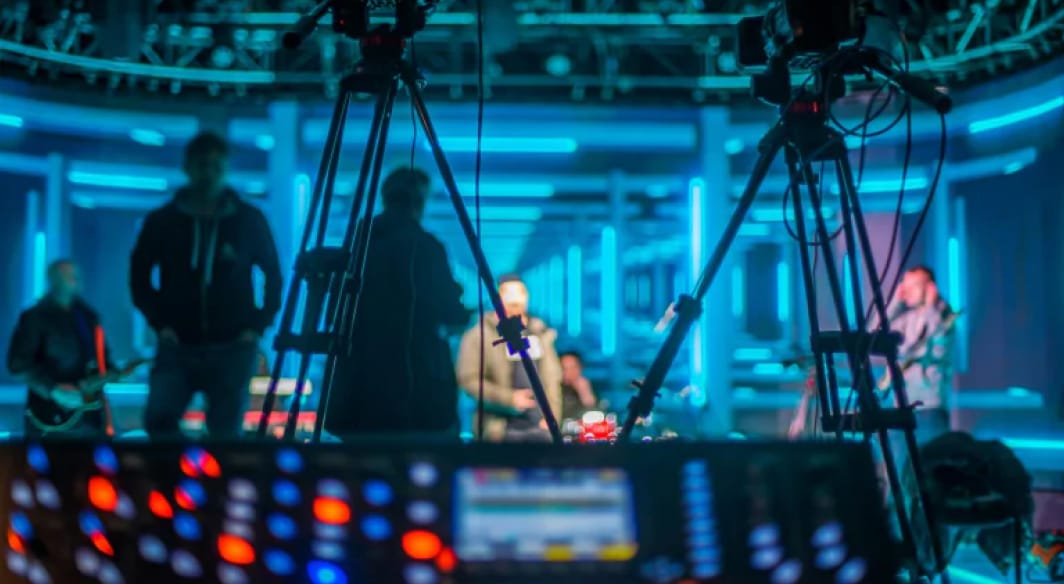 Cloud multi platform streaming services are another method you can use to stream to multiple platforms at once. Through these services, you can have access to the software, hardware, and connectivity solutions needed to distribute your stream in multiple platforms.

Now that you have a better grasp on what simulcasting is, here are some steps to take your live stream to multiple platforms a notch higher: 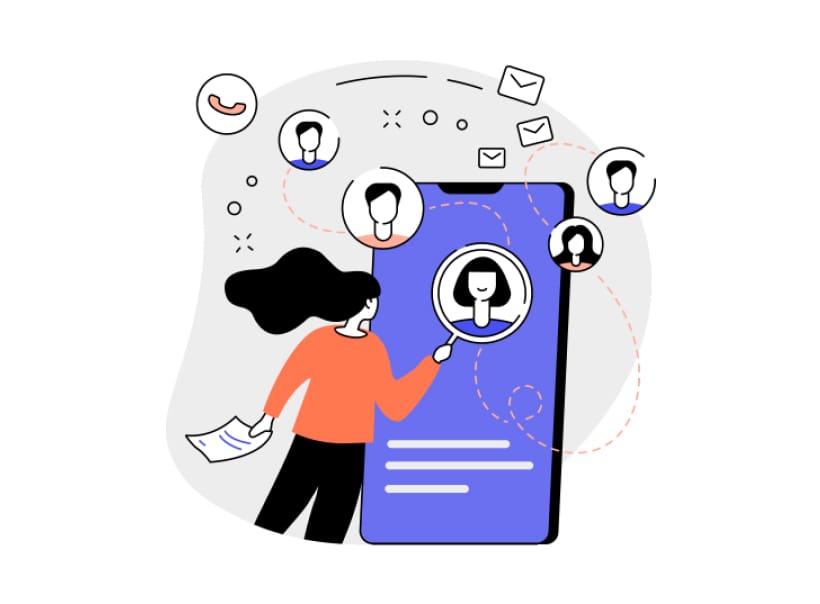 Yes, you’d do well to multi stream, but that doesn’t mean you randomly choose where to stream. Remember to check if a certain site is apt for your brand and if most of your target audience is there. 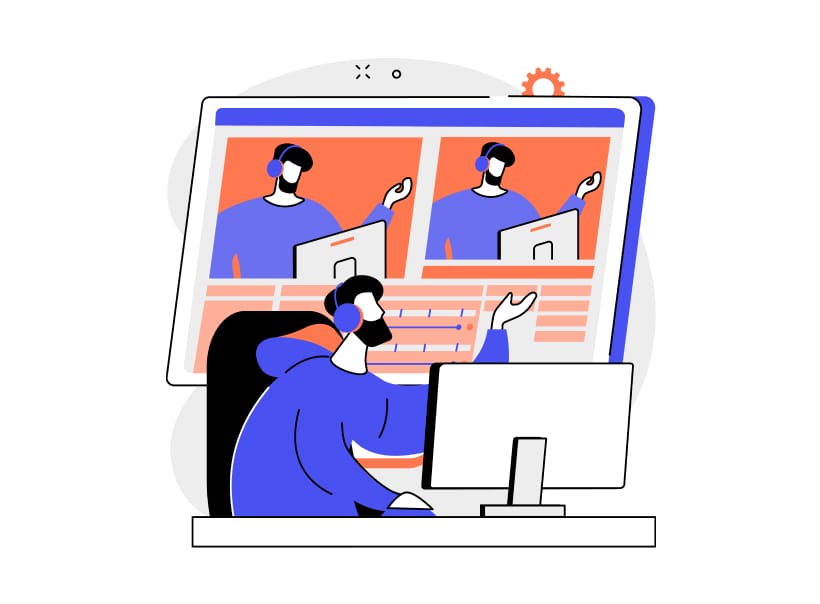 Do a test live stream

It’s best to make sure all your tools are working before going live. The last thing you want to happen is to run into technical problems, such as buffering, inaudible audio, poor video quality, and the like. 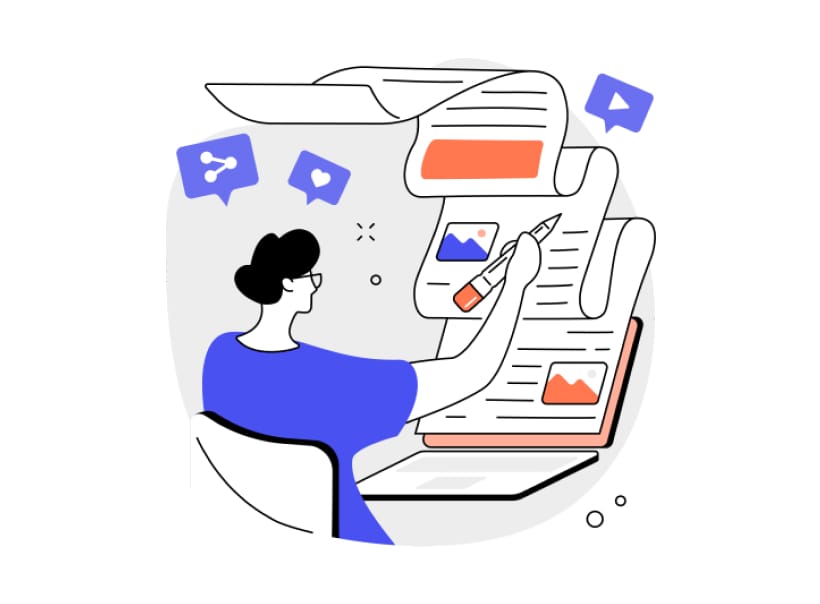 Your product is the star of the show, so ensure it’s on hand when you go live. It wouldn’t hurt to hand out discounts, promos, or coupons too, as people love good deals and freebies. 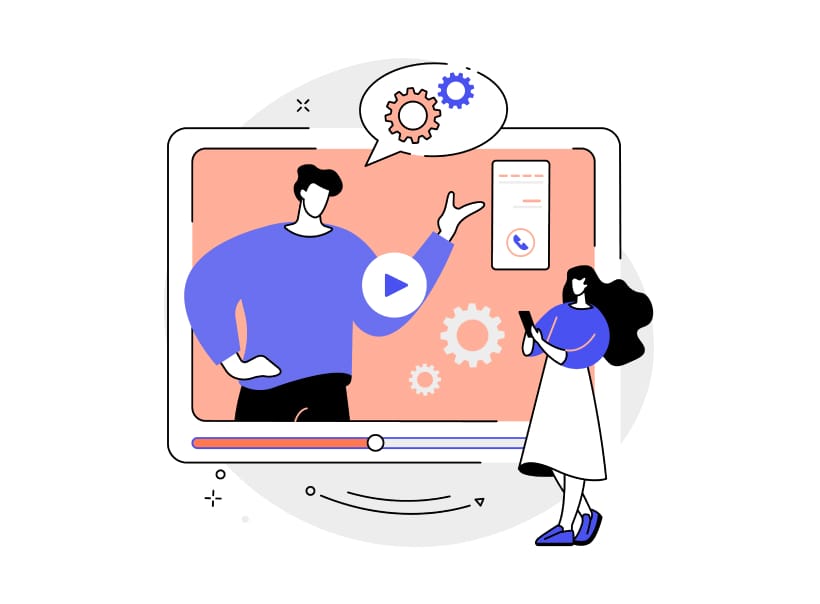 You’d want to determine each platform’s quality and engagement by assigning someone to monitor key performance indicators. 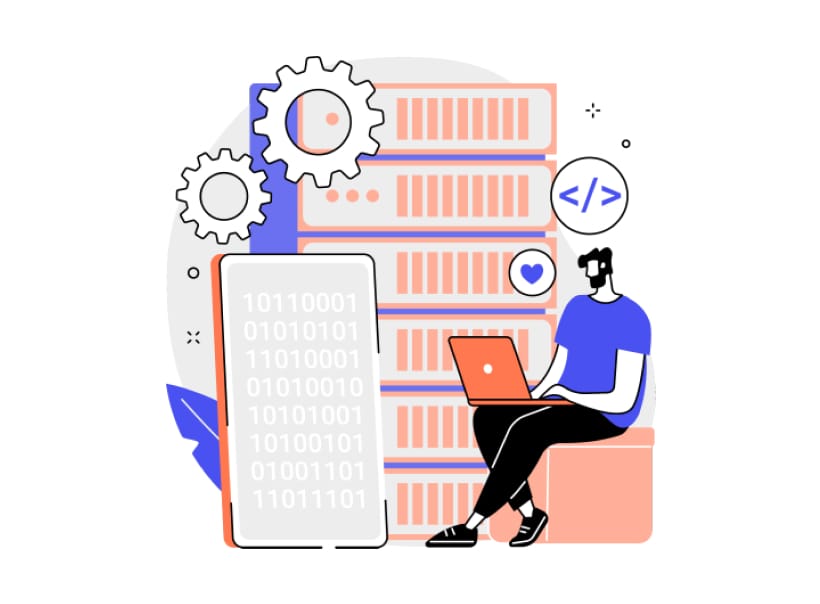 Invest in the best tech

Don’t just settle for any multiple streaming software that doesn’t have the full capabilities for streaming to multiple sites. Across-the-board compatibility is the key to bringing your video content anywhere you want to.

With your newly acquired knowledge of multiple platform streaming, you should be ready to get in front of a camera, flex your products, and start streaming like a pro.

Get your hands on a reliable multiple streaming software like Flux Panda. It’s simple and easy to use and integrate into your system, affording you a hassle-free stream that will convert online audiences into delighted shoppers. Flux Panda’s extraordinary features and support meet all your live streaming needs. Give it a try today!

Try flux panda for free and take your live sales events to the next level. 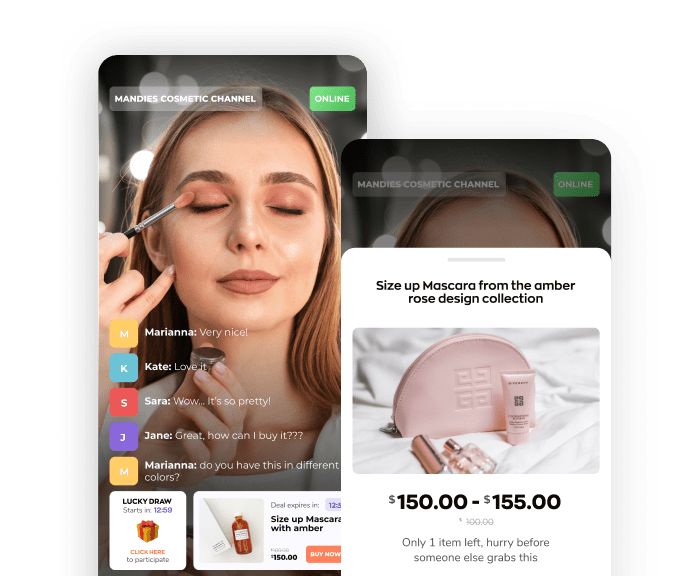